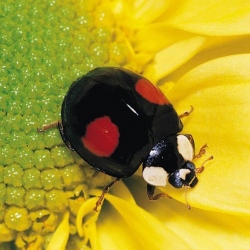 The centimetre-scale life forms were preserved in mudstones from the Yanshan area in the country’s north and are dated to 1.56 billion years ago. Fossils big enough to be seen by the naked eye became common between 635 and 541 million years ago. But the latest specimens are more than twice that age.

The findings by a Chinese-American team of researchers appear in the journal Nature Communications. The mysterious organisms from the Gaoyuzhuang rock formation appear to belong to the branch of life known as the eukaryotes, which today includes everything from single-celled amoebae to plants, fungi and animals.

The sea-dwelling life forms probably lived on the shelf areas of ancient oceans and bear a superficial resemblance to algae. They also appear to have used photosynthesis, the process by which plants, some bacteria and other simple organisms convert sunlight into chemical energy.

Prof Andrew Knoll, from Harvard University, a co-author of the paper, said the organism represented by the Chinese fossils was "large but I doubt that it was complicated – an important distinction".

He told me: "You’re a good example of a complex multi-cellular organism because you have 250 cell types, dozens of tissues, different organ systems.

"On the other hand if you go to the beach you will find seaweeds that consist of a sheet of cells that are almost all identical. Most of them can either photosynthesise or be used for reproduction."

The team, including Prof Knoll and Shixing Zhu from the China Geological Survey in Tianjin, found that life in this ancient period had already developed a variety of forms.

The marine organisms measured up to 30cm in length and up to 8cm wide. Some of the specimens revealed fine structure: a closely-packed arrangement of individual cells measuring about 10 micrometres long – which is the same as the width of cotton fibre.

Examples of multi-cellular life dating back more than a billion-and-a-half years have been described before. They include Horodyskia, which was shaped like a strings of beads, and Grypania, a coiled, ribbon-like organism. But the diversity of forms and the size of the fossils from Yanshan mark them out.

The researchers say the fossils are unlikely to be of agglomerations of bacteria known as microbial mats, and instead are probably early examples of eukaryotic organisms.
If so, the organisms suggest multi-cellularity was a feature of marine life a billion years before the so-called Cambrian explosion, a rapid evolutionary event that began 542 million years ago and resulted in the divergence of major animal groups.

Some scientists partly attribute this evolutionary flowering to a rise in oxygen levels, although the causes are the matter of continuing debate.

The findings also suggest that the preceding era, characterised by lower oxygen levels and sometimes referred to as the "boring billion", may have been misjudged.