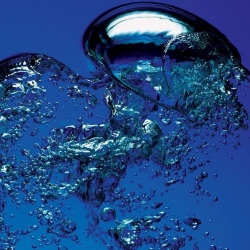 After disappointing post-IPO performances from Facebook, Groupon and Zynga, there’s been a clarion call from top investors like Union Square’s Fred Wilson, Y Combinator’s Paul Graham and Kleiner Perkins’ Mary Meeker for everyone to simmer down with valuations.

But from what we can tell, any adjustment is going to take several months. For the very hottest late-stage companies like Fab.com, growth investors don’t seem to be taking any heed from public market skepticism yet. I asked around about impact on different stages of the market and this is what I got:

This is tricky. In theory, you’d think that Twitter should be down by a proportional amount in private secondary markets given Facebook’s decline. But secondary markets can be so illiquid that it may take months before this is reflected in secondary market pricing (or ever, if the public market rebounds in the meantime).

For one, you can’t short shares. Plus, private exchanges like SecondMarket do everything with the consent of the company. If the company gives its blessing, they’ll arrange quarterly or annual sales of stock and the company has full control over who sees their financial data and how the offering is priced. I can’t imagine many companies in their right mind would be eager to do an offering right now. You’d think that the market would freeze.

But there have actually been two tenders on SecondMarket since the Facebook IPO, although SecondMarket couldn’t tell us which companies did them or what the prices were. One was for a gaming company and both offerings matched the prices arranged before Facebook’s debut. A third tender was signed this week and SecondMarket says that inquiries about arranging auctions have actually increased recently.

Twitter may also be able to grow into its valuation with improved revenues, even if the surrounding market performs poorly. The over-the-counter market doesn’t seem affected for the moment, but my sources on this are a little biased! “Twitter is still in play at $8 to 10 billion,” says one longtime shareholder, who says his broker is continuing to send him buying inquiries at that range, even post-Facebook IPO.

Twitter had been considering another share auction this summer on behalf of employees, according to a source who arranges sales of stock for privately-held companies. It will be interesting if they move forward or not. A private share auction last year valued the company at $7.7 billion. They didn’t respond to a request for comment on this.

The other thing to note is that the muppets who lost money on pre-IPO Facebook shares were the ones who bought them after the company filed its S-1 and shared its financials. Facebook’s last trade on SecondMarket before the company filed in February was $31.50, and its four-year average was $28.50 when factoring in stock splits, according to the company. That’s really close to the $27.10 price Facebook is trading at right now. Only in the months right before the IPO did Facebook shares climb to a peak of $42.72.

Maybe it was a panicky, “train is leaving” effect where buyers rushed in. So don’t get emotional. You’ll get burned.

Fab, Spotify and Square are all on the market raising at valuations that top a billion dollars. We hear that Fab is oversubscribed on a $120 million round with a lot of competition for the deal. We said earlier they were raising $100 million. Fab said this week that they’re on track to do $140 million in sales this year. One late-stage venture investor tells us all of the good, companies are still getting bid up “like insane.”

Square is still out there. They haven’t settled on a lead investor but they may come in at $2.5 or $3 billion instead of $4 billion, we’re hearing from multiple sources. But the pricing matches what was discussed prior to the Facebook IPO, so there is not really an effect here either. Square didn’t comment on this.

Spotify may be in more of a difficult position. The company says it has 3 million paid subscribers. A back-of-the-envelope calculation gets you to about $450 million in annualized subscription revenue assuming an average $12.50 monthly rate (although exchange rates screw with this). Then there’s ad revenue too. A source familiar with the company’s financials tells us Spotify has a 30 percent gross margin, but when you factor in sales, marketing, administrative and development costs, they go into the red. If an institutional investor were to go in on them at a $4 billion valuation, they would have to believe that the company has a chance of eventually being worth $12 billion or more.

There are institutional investors who have been burned by the last wave of growth rounds. So they may be more reluctant to participate this time around. T. Rowe Price is in the red on Zynga after investing in February 2011 at $14.03 a share. Zynga now trades at $6.05. Late-stage Groupon investors are also close to a world of pain. Investors who went in right before the IPO put nearly $1 billion into the company at the equivalent of $7.90 a share. Groupon’s now at $10.70.

“You can’t be comfortable at 1.3X,” an earlier venture investor in Groupon said. “Like Icarus, they got too close to the sun.”

But overall, the top companies seem to be unaffected for now. If a company is profitable and has growth that would make a hockey stick jealous, there shouldn’t be a problem. It’s the companies that fall just short of this that will feel downward pressure. It’s the same dynamic as in overall venture market. Even though the total amount of capital allocated toward the VC industry has shrunk over the last 10 years, the very best funds continue to do well.

The best companies might even do better in a down market. There will be fewer me-too rivals backed by less savvy money and fewer companies stealing away the best talent.

The impact on the early-stage market is the hardest to predict since these companies are valued more subjectively. Pricing in these rounds also matters a lot less to the bigger funds, because at the end of the day, if you truly believe you’ve found the next Facebook, who cares if it’s worth $20 or 30 million?

If you look at the market activity at this level before the Facebook IPO, aggressive seed stage valuations were a phenomenon that was largely limited to Y Combinator and a handful of other companies. For the vast majority of early-stage startups, fundraising has been challenging.

The e-mail warning that Paul Graham sent to Y Combinator companies this week was probably a necessary one — even without the Facebook IPO. There was a bit of investor angst (some merited, some not) over the last batch of YC companies. Basically, it was just very pricey with an average valuation cap of $10 million on convertible debt for a class of about 65 companies. That’s fantastic for founders, but it started to rub certain investors the wrong way. And this is an issue that has come up in conversation with investors from about a dozen firms, from early-stage to top-tier, over the last month.

One investor in Pair told me they were frustrated when they found out everyone else was allowed in on the round with different valuation caps. They said the company hadn’t been straightforward with them about this until there was a priced round. In the past, Graham has talked about offering different caps to different investors if they take more risk by investing first or add more value than others. He’s called this “high-resolution” fundraising. It makes sense. But the issue here wasn’t different caps. It was transparency. (To be fair, a different investor in Pair told me they were informed about the variable caps.) I’ve reached out to Pair and they haven’t responded yet.

Two other super-angels from two different funds said they were more conservative with investing in the last YC batch because of the valuations. Sequoia also didn’t invest in the last batch, but said they would consider doing follow-on funding later.

This is partly just natural market behavior. When things get super-hot, it’s smart to look elsewhere for less obvious opportunities. Another thing to consider is that the feeling might also be mutual as YC has its own private internal system where founders can review different investors. The ones that don’t get high marks may have a harder time participating in future batches. So maybe this is just sour grapes. It’s hard to say. I obviously wasn’t in any negotiations myself, but I just sensed a lot more tension this year compared to previous batches.

Even before the Facebook IPO, Graham and other Y Combinator partners like Harj Taggar had already been telling founders not to blindly pursue the highest valuations. They also encouraged founders not to take on too much convertible debt. Although pricing lower than your original cap isn’t technically a down round, it might be perceived that way.

Another YC founder, 42 Floors’ Jason Freedman warned founders to act respectfully toward investors because the market could quickly turn. Back in 2009, he said that no YC company could get more than a $3 million valuation right out of the gate. “Times are good now but the trough of sorrow awaits,” he said in a widely shared blog post.

“If your company blows it out of the water, you’ll be just fine no matter what,” he added. “But if you’re like the 80% of companies that are in the middle, then you run the risk of having a priced round down the line that is below the cap.”

The next Airbnb or Dropbox will be fine, but the future OMGPOPs of the world need breathing room and supportive investors before they find their homerun. Having too high a valuation or cap could prematurely doom them if and when the market turns. As Peter Thiel said in a recent lecture at his Stanford class, “Companies are essentially broken the day they have a down round.”

So the valuation issue was already an ongoing conversation that YC was having with its portfolio companies. The Facebook IPO was just a good catalyst for reinforcing it.