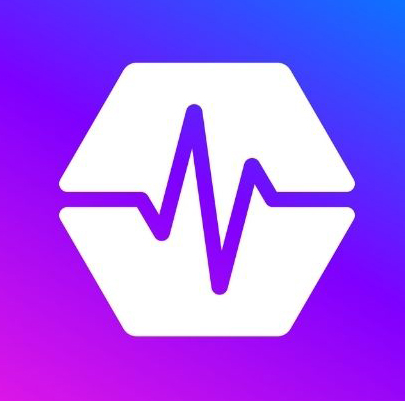 HEX.com is the world’s first high interest blockchain certificate of Deposit. Today, HEX.com is one of the most exciting projects in the already innovating cryptocurrency and blockchain industry. In just 301 days, HEX.com’s native token, HEX has gone up 263x compared to bitcoin’s 29x returns for the same period.

In this interview, we ask Heart about HEX, its use-cases, safety, and what separates HEX from other thousands of projects in the blockchain and crypto ecosystem. We also ask him about the upcoming exciting developments in the HEX ecosystem. The interview with Mr. Heart follows below.

How would you describe HEX to someone who is new to the the crypto industry?

CDs, known as Certificates of Deposit or Time Deposits, are worth Trillions of dollars. CDs are worth more than gold, credit card companies, and cash. CDs pay higher interest than savings accounts, requiring money be deposited for a fixed time. Banks profit on poor customer service, early withdrawal fees, and auto-renewing you at worse rates. They pay pitifully low interest. New money is printed all the time, making yours less valuable. HEX replaces inefficient currencies, banks and payment networks with verifiably secure peer-to-peer technology. HEX has outperformed Bank CDs because it’s nothing like a Bank CD. HEX monetizes the time value of money in a totally new way. In HEX, you’re the bank.

Can you explain HEX’s business model? How is it able to provide its customers such high-interest rates and at the same time remain profitable?

Bitcoin has inflated to pay interest to its miners for over a decade and is up 1.6 million fold in price currently. HEX just pays stakers instead of miners.

Hex has been making huge gains recently, can you tell us about HEX’s impressive journey?

How does Hex take care of counter-party risk associated with lending and borrowing platforms?

Cryptocurrency was invented to remove middlemen and the need to trust other people with your money. Math is more trustworthy than man. HEX fulfils this ideal. HEX does its magic with no management, no promises, and no expectations of work from others. Each user mints his own coins, like Bitcoin. HEX is like Bitcoin. HEX performs well solely due to its design.

Honest people have lost Billions to scams, thefts and hacks because they gave up control of their money. If you want to earn interest on your Bitcoin, you have to lend it out and hope you ever see it back again. Tragically, after 10 years, 42% of all Bitcoin now sits in only 2000 wallets. The people were given control, only to give it away again. In HEX you mint your own interest while in complete control.

HEX is censorship resistant, and robust by being truly decentralized on the blockchain. Anyone can run the HEX code, and the HEX community has released numerous open source tools which make it even easier. If HEX.COM were to go offline, and Richard Heart were to die, HEX keeps working. Many projects claim to be decentralized, but actually rely on administrators to not change the code. The HEX code cannot be changed. This is why many developers are so comfortable building on top of HEX.

HEX has had 2 independent security reviews and 1 economics review. Bitcoin for instance has none. HEX is resistant to the most dangerous bugs Bitcoin and other cryptocurrencies have had because HEX’s consensus code can’t be edited. Bitcoin has had 2 bugs where someone could mint as many free Bitcoin as they wanted. One bug was exploited and the other was caught in time.

What are some of the options to stake HEX?

You can be a liquidity provider on ethHEX.com (a uniswap front end) or you can stake in the main HEX contract a variety of ways, the best of which is metamask.io with go.hex.com.

Who do you consider Hex’s competition in the crypto industry?

Most cryptocurrencies, mining and yield generating projects are losing mindshare and users to HEX.

What is the best platform to trade HEX at? Can you list a few of them with high liquidity?

ethHEX.com (uniswap) is the best by far. hitBTC.com, Yobit.net, Bitmart.com and 27 other exchanges also have HEX. HEX users value their independence and security. Which may be why, at writing, HEX is the 2nd most traded coin in decentralized exchanges, where there is no signup, and no counterparty risk. Because it’s on-chain, you can inspect every address, seeing when it bought or sold, whether it has HEX stakes open, when those stakes expire, what other coins they hold, everything!