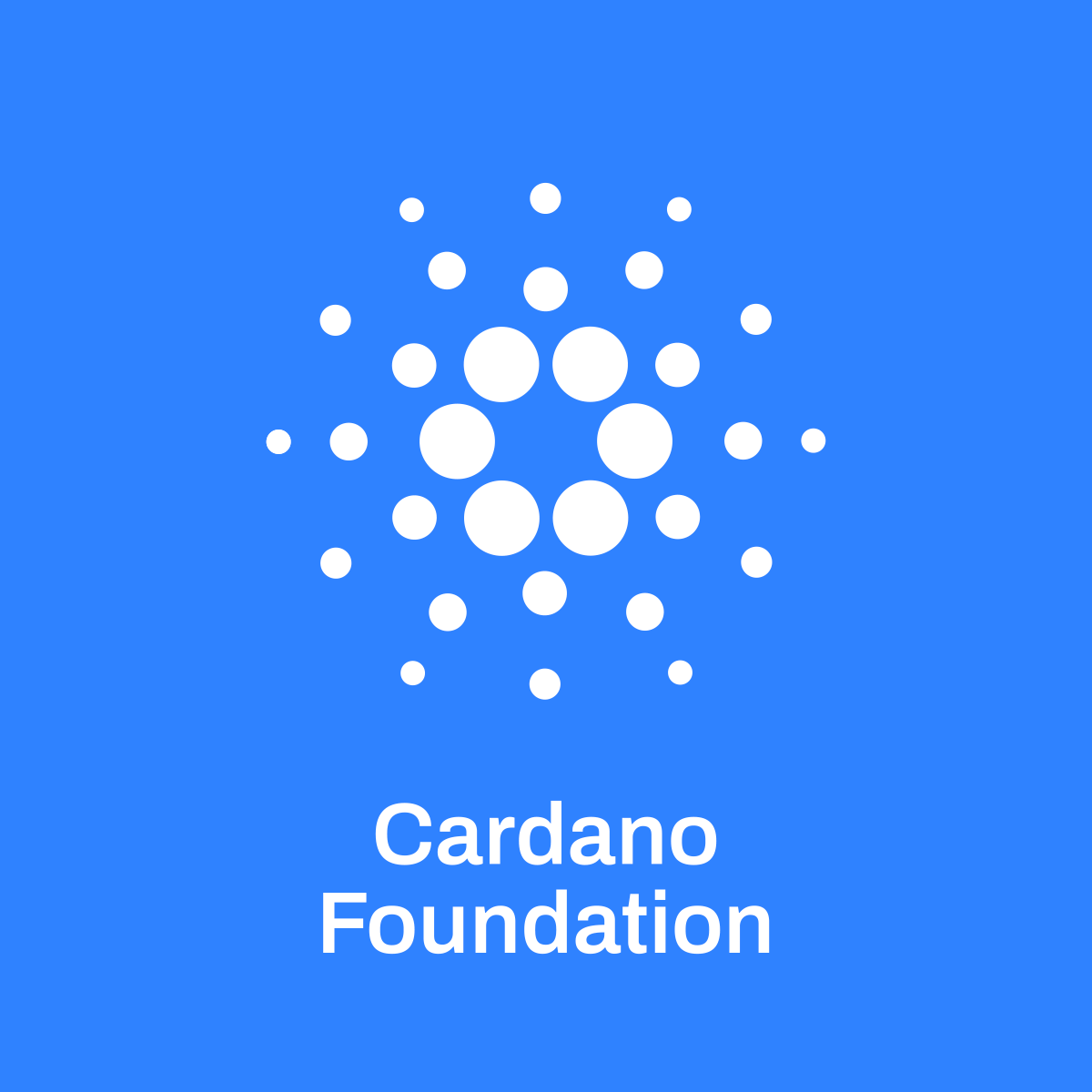 SYRE is an innovative and easy-to-use blockchain tool for all cryptocurrency users that immensely enhances user experience. It is designed and developed by Robert Kornacki, one of the first Cardano fellows in the dLab/EMURGO accelerator program, with an aim to solve an important problem: making sure than users are sending funds to the correct intended wallet addresses.

When and why did you have the initial idea for SYRE?

Initially when I applied to become a dLab/EMURGO Cardano Fellow, both dLab and EMURGO came to me and showed me a variety of big issues they wanted to tackle in the blockchain space. One of these problems was that people have no surety whenever they send transactions.

A recent study showed that 75% of crypto users are afraid when sending transactions. This is a big problem that they were looking to solve.

Originally, they wanted a Cardano name service but they were open to other ideas. So, I got to thinking for a couple weeks leading up to becoming a Fellow. I had the idea of finding ways to guarantee that when you confirm a transaction, the transaction goes to the right place. At the same time that I was thinking about how to solve this, I was also doing other work in the Cardano ecosystem. As I was looking through the Haskell code, I realized you can append data to transactions in Cardano. I came up with an idea: what if we send payment requests or invoices on-chain as a way of guaranteeing that the wallet address a person is sending money to is correct? Then it evolved from there, and I started looking at different attack vectors. Over time the project improved and improved until SYRE came to be.

SYRE is a blockchain agnostic, tokenless, invoice-based protocol that aims to solve transaction surety. It is a way of sending invoices both on-chain and off-chain. These invoices have guarantees to ensure that the money you send goes to the right place. This means you don’t lose funds, and you have guarantees that you never had before with existing cryptocurrency payment systems. Cryptocurrencies expect senders to take all the responsibility without providing any of the safety. SYRE makes the whole experience more enjoyable and safer for the user rather than scary every time they are needed to send transactions.7

Invoices just thrown on a blockchain are not safe to use. That’s why SYRE isn’t just a two-line protocol. It’s actually a bit more complicated and the reason for that is because with blockchain, there are a lot of attack vectors. Everyone wants to steal your money, so you have to use cryptography and good systems design to prevent them from doing so. SYRE’s use of public key cryptography in the design gives users the benefits of preventing replay attacks on-chain and man-in-the-middle attacks off-chain. SYRE isn’t guaranteed to prevent all loss of money, since there’s no guarantee every developer will code everything perfectly into wallets. There are always potential holes and bugs. However, once developers implement SYRE correctly and as intended, there should not be any issues.

What type of industries would you like to see adopting the use of SYRE?

Every business that accepts cryptocurrency payments should use SYRE. The reason for that is because currently, the majority of the systems we have are not effective. Take the example of an online merchant checkout scenario. Currently, a customer goes to the checkout page and they select the option, “Checkout with cryptocurrencies”. Then, a wallet address pops up and they have 15-30 minutes to pay.  This is really bad, because the address the merchant shows you might not be valid, or the backend of the merchant’s server might not be set-up correctly. They might have malware, or the address might be malformed. A customer who needs to copy the merchant’s address might have malware, which edits the merchant’s address on their clipboard. They might end up messing up a character, or they might simply paste the address twice. There are many attack vectors in this scenario, yet this is still the standard the industry accepts on a daily basis for the vast majority of business to customer scenarios. This is extremely unsafe.

Using something like SYRE makes so much more sense, because there are guarantees. In the online checkout example, you could have an invoice sent to the customer from the merchant’s server. This could be sent to the customer’s wallet, such as EMURGO’s Yoroi wallet, instantly.  The only thing the customer would have to do is check the invoice that arrived in their wallet and check the merchant’s checkout page. The user has no input required. Incorporated into the invoice could be an expiry time. This means that once a certain time passes, the customer cannot fulfil the invoice. Instead of having the user do everything manually, the technology can do all the work for the user. All the user has to do is make sure everything looks good, then confirm the transaction. SYRE is a big step forward for any companies that accept crypto payments, as the solutions we have today just aren’t good enough.

Why is SYRE free of smart contracts, blockchain agnostic and tokenless?

The reason SYRE is smart contract free, blockchain agnostic and tokenless is because optimally you want a protocol that works for every single cryptocurrency out there. It’s not just for Cardano. It sets a standard for everyone to use. The advantage is that once people begin building tools and ecosystems around this, you want it to be as simple as possible for everyone else to implement SYRE. For example, if someone has a multi-currency wallet, the same SYRE invoice UI could be used for each different cryptocurrency supported by the wallet. This leads to an integrated system where, if you have 6 different blockchains, you can create invoices for each separate blockchain no matter what type it is, whether it is UTxO or accounts based or if it supports smart contracts or not. The idea is that this will be a large improvement, so why not make it possible to implement it in every blockchain, while also leveraging off the work that developers do to improve their respective blockchains. Ultimately this will help build a good ecosystem for the long term.

What is the difference between on-chain and off-chain SYRE invoices?

On-chain invoices were the original reason why SYRE came to be. They are great, because all a user needs to do is send an invoice directly to another user’s cryptocurrency wallet address. No other channel is needed to send an invoice, except the blockchain itself. However, there are numerous drawbacks which makes on-chain invoicing less than ideal for every scenario. The two major drawbacks are that you have to pay a transaction fee every time you send an invoice, and you have to wait during a blockchain’s confirmation time. In numerous scenarios, such as the online merchant checkout example from earlier, on-chain invoicing requires that a user wait anywhere from 30 seconds to 10 minutes (depending on the blockchain) for the invoice to reach another user on-chain. That’s a really long time for a customer to wait on a checkout page just to receive an invoice. That’s not a good user experience, on top of having to pay a transaction fee. Off chain invoices don’t require using the blockchain, and it bypasses wait times and transaction fees. Using their private key, the issuer can sign the invoice with the unique invoice data to verify who they are.  Once they are signed in the issuer’s wallet, this can be sent instantly off of the blockchain using email, post, SMS or any other communication medium. Also, you can have it as an API call from website’s server to a web wallet such as Yoroi. As all of the information is all encrypted and easily transmitted, off-chain invoices are versatile and safe, usable across physical and digital mediums with the same safety standards as on-chain transactions.

How did being in the dLab/EMURGO Fellowship Program help you develop SYRE?

The business focus of dLab combined with the technical focus of EMURGO allowed SYRE to be developed with a strong foundation in both. Having EMURGO team members (Nico, Sebastien and Ruslan) to pitch ideas with and get feedback was a real benefit. The ability to spend the time developing these ideas was extremely important. It’s hard to create things like SYRE in your spare time, one or two hours each night. It’s important to spend time thinking about these things, to drill down and think about what makes sense and put the time in to create a white paper. This also meant thinking about different implementations on different blockchains, talking with different people and finding wallets to implement SYRE within like Yoroi.

In addition I am also going to be implementing SYRE into Tesseract, which is a startup in the dLab/EMURGO Startup Accelerator Program. If I didn’t have the benefits of being part of dLab and being a fellow, I never would have had these opportunities. Having an ecosystem around me with dLab and EMURGO to help build and oversee things was important. Having the support and ability to implement this in live wallets has been very helpful. There is no doubt that I have had much more success with SYRE working with dLab/EMURGO rather than going alone.
EMURGO always searches and supports innovative projects that solve existing problems in the blockchain space to push forward the maturation of the blockchain ecosystem as a whole and deliver real value add to ADA holders as SYRE will be integrated with Yoroi wallet in the near future.