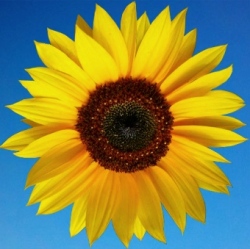 Hillary Clinton has announced goals for increasing US reliance on renewables, pledging to have more than half a billion solar panels installed nationwide within 4 years of taking office. Clinton pledged that the US would generate enough clean energy to power every home in the country within 10 years of taking office.

The two goals were the first elements of what she said would be a comprehensive climate change agenda to be announced over the next few months. Her campaign said the goals would lead to a 700% increase in the nation’s installed solar capacity from current levels, and eventually could generate at least one third of all electricity from renewable sources.

“We’re on the cusp of a new era,” Clinton said in announcing the goals on her website. “We can create a more open, efficient and resilient grid that connects us, empowers us, improves our health and benefits us all.”

Clinton will discuss the proposals in more detail during a campaign stop on Monday at an energy-efficient transit station in Iowa, the state that kicks off the 2016 presidential nominating race in barely six months and is a leading wind energy producer.

Clinton has promised to make the issue of climate change a key pillar of her campaign platform, and the proposals she will discuss on Monday are the first steps toward fleshing out what has mostly been bare-boned climate rhetoric.

While Clinton is the clear frontrunner in the race for the Democratic nomination in the November 2016 presidential election, she has come under growing pressure from the left from rival Bernie Sanders, a US senator from Vermont and a self-styled socialist who has called for swift action on climate change.