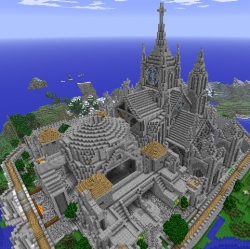 Game consoles have historically been their own little colony off to the side of technology. For a while that’s because they were seen mainly as an expensive kids’ toy, and later because they weren’t germane to the music sales or laptops or iPods battles of the time. Now, though, as we’re digitising everything in our lives, that TV-connected box in the middle of every family’s living room is suddenly looking pretty important.

Google, Apple, and Microsoft want to be your one-stop digital shop. All three have a desktop OS and a mobile OS. All three are making their own hardware now. They all have stores where you can buy movies and music, and they all have their own music streaming service. They are all branching out, increasingly, into more and more parts of your life. Apple’s in your car. Google’s on your face. Microsoft is already in your living room. But their offerings are too spread out, too fragmented.

The ultimate for all of these companies, and for you, is One Device. You have one thing—probably your phone, ultimately—and that one thing will do everything for you. It’ll control your music system and TV, and it will shepherd all your messages and access all of your photos and movies. It will also probably play your video games.
We’re not there yet, but we’re close. And Apple and Google’s inevitable game-playing, little black living room boxes could be what finally gets us there.