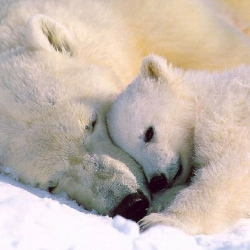 2012 may go down in history as a remarkable year. For the first time, the maddening pace of humanity’s greenhouse gas emissions showed signs of a global slowdown. Unlike the drop in emissions triggered by the 2008 recession – the let-off is happening at the same time as global wealth continues to swell.

"The small increase in emissions [of 2012]… may be the first sign of a more permanent slowdown in the increase of global CO2 emissions, and ultimately of declining global emissions," declares the Trends in Global CO2 Emissions: 2013 Report, published by the Netherlands Environmental Assessment Agency and the European Commission’s Joint Research Centre (JRC) last week. It analyses the latest emissions data, right up to 2012.

The news should provide fresh momentum for UN negotiations on a new climate treaty, which resume in Poland on Monday.

To avoid more than 2 °C of climate change – the target agreed in the 2009 talks – global emissions need to drop fast. We are nowhere near this goal, but the 2012 figures offer a first sign that action taken by the world’s biggest emitters is having a measurable effect. "This signals a shift towards less fossil-fuel intensive activities, more use of renewable energy and increased energy saving," says Jos Olivier of the Netherlands Environmental Assessment Agency.

The data show that global carbon dioxide emissions rose by 1.4 per cent in 2012. Allowing for it being a leap year, the underlying increase was just 1.1 per cent, says the report, compared with an average of 2.9 per cent since 2000.

Importantly, the emissions rise is considerably less than the increase in global GDP of 3.5 per cent. "We see a decoupling of CO2 emissions from global economic growth," says Greet Janssens-Maenhout of the JRC in Ispra, Italy, a co-author on the report.