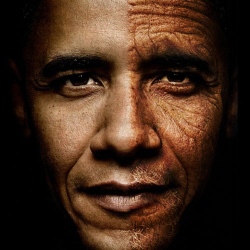 Eileen Crimmins, a researcher at the University of Southern California in Los Angeles, points to calculations which show that the complete elimination of cardiovascular disease would add only 5.5 years to overall life expectancy in America, and removing deaths from cancer would add just 3.2 years.

This is because diseases compete to kill people as they age; if one does not get you the next will. According to Dr Crimmins, increasing life expectancies much beyond 95 would require an approach that keeps all problems of aging at bay.

Something which slowed ageing down across the board might fit the bill. And if it delays the onset of a range of diseases it might also go some way to reducing the disability that comes with age. An ongoing long-term study at Newcastle University has been looking at the health and ageing of nearly 1,000 subjects now aged 85. At this point they have an average of four to five health problems. None of them is free from disease.

Reducing the function of mTOR extends life in yeast, worms and flies. In 2009, work in a number of laboratories showed that rapamycin can extend the lifespan of middle-aged mice by 14%.

Alexander Zhavoronkov, the boss of Insilico Medicine, a longevity firm, says he is testing rapamycin on himself (self experimentation does not seem uncommon in this field). But he warns it is necessary to have a significant knowledge of biomedicine to do so safely. The drug has serious side effects; rodents treated with it suffer from insulin resistance and it suppresses the immune system.

Joao Passos, also at Newcastle University, says cells from which mitochondria are removed start to look more like young cells and stop secreting cytokines. Other work has shown that killing off mitochondria can mimic some of the effects of drugs that activate mitochondrial renewal, such as rapamycin. Faster turnover of mitochondria seems to improve their functioning.

Craig Venter, a pioneer in gene sequencing. In 2013 he founded Human Longevity Inc (HLI), based in San Diego. Like Insilico, HLI wants to sift through genomic data; but it does so on a vastly larger scale, generating the genomic data itself and matching them with details of physiology and appearance. Dr Venter hopes this will allow the company to unpick the genetics of longevity and predict how long people will live.

Research at HLI has already found that some genetic variations are absent in older people, a finding that implies they might be tied to shorter lifespans. Companies such as Celgene and AstraZeneca that work in drug discovery have made deals to collaborate with HLI. Dr Venter says HLI may eventually move into the drug business itself.

For those who cannot wait for drugs, HLI has a high-end “wellness” service called the Health Nucleus. At prices starting from $25,000 it will give a customer a constellation of cutting-edge tests, including a full sequence of both his genome and a battery of tests for the signs of cancer, Alzheimer’s and heart disease. Lots of tests means lots of possibilities for “false-positive” results; but the affluent clients of Health Nucleus may worry less about follow-ups that reveal false alarms than other people do.

In 2013 Google (now Alphabet) started a venture called the California Life Company, or Calico, to take a “moonshot” approach to anti-ageing; the company has said it will invest up to $750m in the venture. Calico is a drug-development company much more willing to talk about its world-leading scientists, such as Cynthia Kenyon, a worm biologist, and the track record of its boss, Arthur Levinson, who used to run Genentech, a biotech giant, than about what it is actually doing. But it has announced a series of collaborations, the most significant of which is a ten-year R and D deal with AbbVie, a pharma company based in Chicago, focused on cancers and degenerative nerve conditions.

Another regenerative possibility flows from studies which find signs of rejuvenation in elderly animals exposed to the blood of younger animals. Infusions of young people’s blood plasma are being tried out on some Alzheimer’s patients in California. A startup called Ambrosia, based in Monterey, recently began “trials” of such a therapy with healthy participants who pay $8,000 to take part; critics say they are so lacking in controls that they are unlikely to generate any useful information.

A new longevity increase could be brought about by specific anti-senescence drugs, some of which may already exist.

Some of them want to upgrade worn-out tissues using stem cells (precursors to other sorts of cell). Such bio-renovation is the basis of an unproven, almost vampiric, treatment in vogue in some circles: transfusion into the old of the blood of the young. The business of growing organs from scratch is also proceeding. At the moment, these “organoids” are small, imperfect and used mainly for drug testing.

But that will surely change. Longevity is known to run in families, which suggests that particular varieties of genes prolong life. Some are investigating this, with the thought that modern gene-editing techniques might one day be used to make crucial, life-extending tweaks to the DNA of those who need them.

Optimists claim treatments in the pipelines will extend life for many people to today’s ceiling of 120 or so. But it may be just the beginning. In the next phase not just average lifespans but maximum lifespans will rise. If a body part wears out, it will be repaired or replaced altogether. DNA will be optimized for long life. Add in anti-ageing drugs, and centenarians will become two a penny.