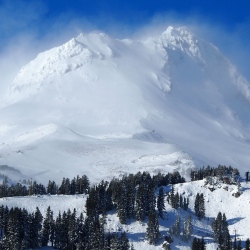 he world’s thickest ice sheet may be at greater risk from variations in the climate than previously believed. Scientists found that glaciers on the East Antarctic Ice Sheet (EAIS) advance and retreat in synch with changes in temperature.

Since it contains enough water to raise global sea levels by over 50m, there is an urgent need to study the threat the researchers said. The research has been published in the journal Nature.

Scientists have long been worried about the threat to sea levels from the prospect of melting in Greenland and in West Antarctica. Greenland has had an annual loss of 140 billion tonnes over the past 20 years. Recent studies have indicated that Greenland will be much greener by 2100 thanks to global warming.

Researchers are also concerned about West Antarctica, where scientists have recently concluded that warming waters are causing a loss of ice from the shelf.

The image from 1963 is from declassified spy satellite imagery, with the end point of the glacier marked by a red line, where it enters the ocean. By 1990, the glacier has retreated from this position by around 3-4 km, but it subsequently re-advanced by 2000, before retreating again by 2010.

But most scientists have dismissed concerns over East Antarctica, the world’s biggest ice sheet. Temperatures there can get down to minus 30C, meaning that it was essentially impervious to small, cyclical changes.