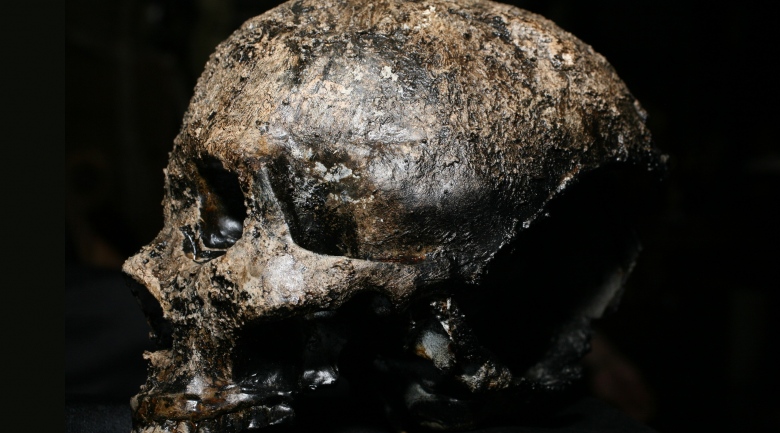 A healed fracture discovered on an ancient skull from China may be the oldest documented evidence of violence between humans, a study has shown.

The individual, who lived 150,000-200,000 years ago, suffered blunt force trauma to the right temple – possibly from being hit with a projectile.

But the ancient hunter-gatherer – whose sex is unclear – survived to tell the tale: the injury was completely healed by the time of the person’s death.

"There are older cases of bumps and bruises – and cases of trauma," said co-author Erik Trinkaus from Washington University in St Louis, US.

"But this is the first one I’m aware of where the most likely interpretation is getting whooped by someone else – to put it bluntly."

The skull was unearthed at a cave near Maba, southern China, in 1958. Before it was buried, a large rodent – probably a porcupine – gnawed on the bone, removing a significant portion of the face.

Prof Trinkaus, who was part of an international team that re-examined the specimen, said the depressed fracture in the right temple region was the result of an impact that was "very directed, very localised".

Being struck hard with a stone cobble might produce this type of injury, the researcher told BBC News.