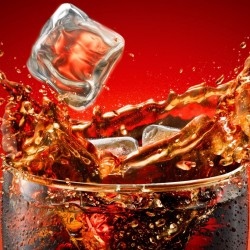 Diet soda may seem to be a healthier alternative to calorie-laden regular soda, but a new study shows that people who regularly drink diet soft drinks may be putting their hearts at risk.

Those who drank diet soda on a daily basis were at an increased risk of experiencing stroke, heart attack and death due to these conditions, according to the study.

"Our results suggest a potential association between daily diet soft drink consumption and vascular outcomes," study researcher Hannah Gardener, an epidemiologist at the University of Miami’s Miller School of Medicine, said in a statement.

To analyze the relationship between both diet and regular soft drink consumption and heart disease, researchers studied the data of 2,564 participants in the Northern Manhattan Study, which was designed to determine stroke incidence, risk factors and prognosis in a multiethnic urban population.

Working in collaboration with researchers at the Columbia University Medical Center, Gardener and her colleagues looked at how often each participant drank soft drinks, whether the beverages were diet or regular, and the number of strokes, heart attacks and heart-disease related deaths that occurred among the participants over a 10-year period.

After taking into account pre-existing conditions, such as diabetes and high blood pressure, the researchers found that people who drank diet soft drinks daily were 43 percent more likely to have had a stroke or heart attack, or died of heart disease, than those who did not drink diet soda.

The study also showed that those who drank less diet soda (who drank it between once a month and six times a week), as well as people who drank regular soft drinks, were not more likely to suffer vascular events.