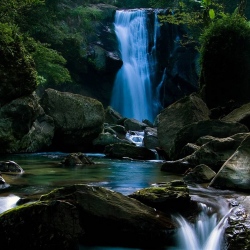 In findings based on satellite observations, CSIRO, in collaboration with the Australian National University (ANU), found that this CO2 fertilisation correlated with an 11 per cent increase in foliage cover from 1982-2010 across parts of the arid areas studied in Australia, North America, the Middle East and Africa, according to CSIRO research scientist, Dr Randall Donohue.

This, along with the vast extents of arid landscapes, means Australia featured prominently in our results."

"While a CO2 effect on foliage response has long been speculated, until now it has been difficult to demonstrate," according to Dr Donohue.

"Our work was able to tease-out the CO2 fertilisation effect by using mathematical modelling together with satellite data adjusted to take out the observed effects of other influences such as precipitation, air temperature, the amount of light, and land-use changes."

The fertilisation effect occurs where elevated CO2 enables a leaf during photosynthesis, the process by which green plants convert sunlight into sugar, to extract more carbon from the air or lose less water to the air, or both.