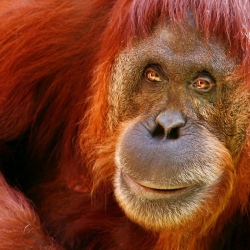 In the future, robots might replace animal testing in screening for environmental toxins. We do believe that over the course of the next five to ten years that this approach will refine, reduce, and ultimately replace the number of animals that are used in toxicology testing.

Chris Austin is director of the Chemical Genomics Center for the National Institutes of Health. Austin explained how animals are now used to test some toxins, such as household cleaning products, pesticides and herbicides.

That process is slow, it’s expensive, it is not necessarily predicative of human toxicity, and it’s become increasingly discouraged by the public.

He said the new method grows cells on small trays. Each tray may have over 1,500 different chambers, each chamber holding just a few cells to be tested. Robots working 24/7 quickly handle and process the information, which translates to whether a chemical might be harmful to a human being.

So we’re talking about the same number of chemicals that have been tested over the last 20 to 30 years, being tested now in a single day. Austin said the new process works, and should be widely used in the next few years. That’s good news for those who feel for the plight of animals that undergo testing.