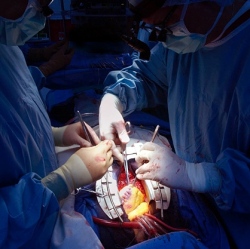 But the actual number of cancer deaths rose – from 155,000 in 2003 to 162,000 in 2013 – as more people live longer and develop the disease in old age. "The population is growing, and more of us are living longer," Cancer Research UK chief executive Sir Harpal Kumar said.

Almost half of all the cancer deaths in 2013 were from lung, bowel, breast or prostate cancer. Although the combined death rate for these four cancers had dropped by about 11% over the past 10 years, some other cancers, such as liver and pancreatic, had increased death rates.

Sir Harpal said: "Too many people are still being diagnosed with and dying from cancer, not just here in the UK but around the world." He said CRUK was focusing research on how to achieve earlier diagnosis and manage hard-to-treat cancers.

"Our scientists are developing new tests, surgical and radiotherapy techniques, and drugs," he said. "It’s important to celebrate how much things have improved, but also to renew our commitment to saving the lives of more cancer patients."