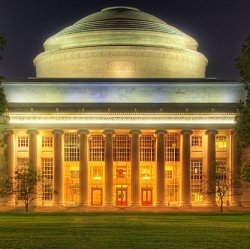 Traditional American universities are suddenly running scared of YouTube, Xconomy reports, along with Vimeo, 5min, iTunes U, TED and the Internet Archive.

Without YouTube, Sal Khan and Khan Academy could never have reached his 4 million unique viewers a month with their 3,200 videos, viewed 170 million times.

Internet video sharing technology means that talented people from outside the education establishment can make and publish free educational videos that are sometimes just as compelling as — or more than —- what’s on offer inside university classrooms.

Universities are scrambling to respond: this spring’s unveiling of edX, a joint online-education venture between Harvard and MIT, is just one example. But even as universities rush to put their lectures on the net, they’re vying with an explosion of new online learning resources like Coursera, Dabble, Skillshare, Udemy, and Udacity. Most are free, and most revolve around video.

Khan Academy is expanding into the “casual learning” market: semi-professionally-shot videos starring enthusiastic domain experts who want to share a bit of their knowledge in an entertaining way, such as Smarthistory  and Doodling in Math Class — (like the ones on Fibonacci numbers) both recently absorbed by Khan Academy.

There are plenty of other people making great, free educational videos on YouTube, like Minute Physics, the best explanation of how the Higgs field imparts mass.