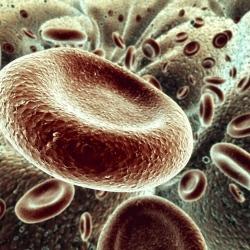 Depression has traditionally been diagnosed with a questionnaire that assesses patients’ reported symptoms. This process varies greatly, however, since it relies heavily on the clinician’s experience and resources.

To test if an objective biological test could improve diagnosis accuracy, scientists recruited 36 adults with major depression and 43 healthy participants for a blood screening. They measured the levels of nine biomarkers associated with depressive symptoms, such as inflammation, the development and maintenance of neurons, and the interaction between brain structures involved with stress response and other key functions.

The blood test indicated the presence of depression in 33 of the 36 patients and registered false positives for eight of the 43 participants in the control group. The scientists validated these findings with a second trial where 31 of the 34 depressed patients were also successfully diagnosed.