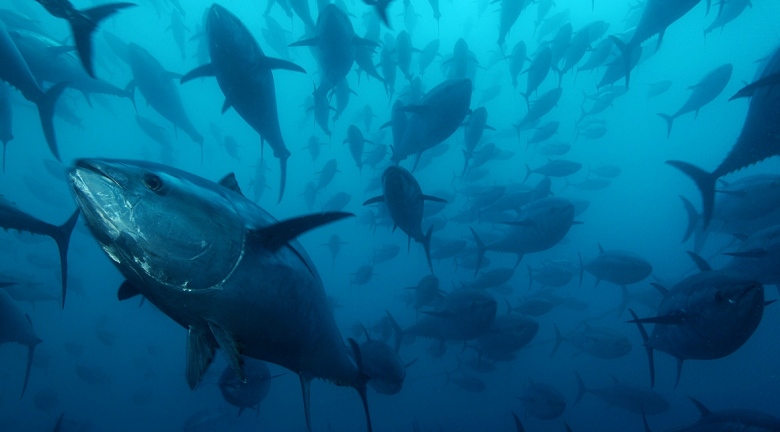 Home aquaponics kits, which combine fish and plants in a symbiotic relationship, are becoming more and more popular.

One of them, the Fishy Farm, is a fairly large setup. The Home Aquaponics Kit, on the other hand, is pretty small, while the ECO-Cycle is designed to sit on top of an existing aquarium. The latest arrival on the scene, the Aqualibrium Garden, manages to carve out yet another niche for itself.

All of the systems, including the Aqualibrium, work as follows …

The fish live in an enclosure in the bottom of the system, where they poop on a regular basis. A pump continuously carries that waste-laden water up into the top section, where it serves as a fertilizer for the plants. The plants’ growing medium mechanically filters particles out of the water, while bacteria living in that medium help neutralize accumulated ammonia and other fish-unfriendly nasties. As a result, when the water flows back down to the fish from the biofilter, it’s been cleaned up.

The Aqualibrium is modular (identical stackable sections hold the fish and the plants) and looks quite chic and futuristic – you could imagine Blade Runner’s Rick Deckard grabbing a quick salad from one, before heading off to shoot some wayward replicants. This look is entirely intentional, as the makers state that it was "inspired by the designs of futurist Jacque Fresco."