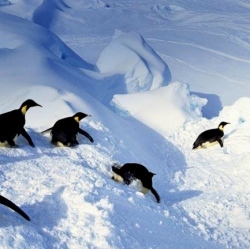 Oceanographers have discovered the heat content change of the Earth has been severely underestimated. New calculations suggest that the amount of heat added to the Earth in the last 35 years is 24% to 58% higher than thought, due to poor sampling of ocean temperatures in the Southern Hemisphere.

The results have global implications as the ocean absorbs over 90% of the heat due to trapping by greenhouse gases.  The implications are that there has been greater net inflow of energy from the Sun, and greater amounts being stored in the world’s oceans. The scientists obtained satellite measurements of sea surface heights, and combined it with ocean temperature data collected between 1970 and 2004, a 35 year period.  The reason for using sea surface height is that the volume change of the ocean is intimately linked to temperature: water expands as it is being warmed and additional water is added by increased melt from land ice.

Climate models show that the changes in sea surface height of the two hemispheres were consistent with the satellite measurements.  However, simulated temperature changes in the shallow layers (down to 700 meters) are not consistent with collected data before 2004.  This is believed to be due entirely to the sparsity of measurements of the Souther Hemisphere before new technology was installed to increase accuracy of the data.  Later data shows consistency between model and satellite observations.

Using the correspondence as back their calculations, the scientists discovered that in the years from 1970 to 2004, estimates of heat added to the Southern Hemisphere was underestimated anywhere from 24 to 58%.  Climate scientists broadly have reached a consensus that there was a low bias in estimates, but Dr. Durack’s research is the first to quantify it.