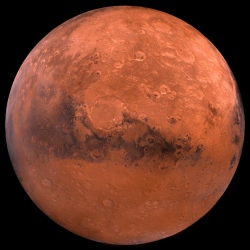 The Planetary Deep Drill isn’t an ordinary drill like you might have in your house for hanging photos or building Ikea furniture. To assist in arguably one of the most important searches in human history, the search of life beyond Earth, the Planetary Deep Drill contains a microscope, camera, and LED and UV lights.

The UV light will help identify microbes and minerals that fluoresce, not unlike a black light used to identify organics at a crime scene. This is the first test of the Planetary Deep Drill in the field. Until now, its mechanical systems have only been tested in the lab. Honeybee Robotics is currently the only organization working on a drill like this. NASA worked on their own design in the past, but now they’re partnering with engineers at Honeybee Robotics to someday get it into space.

The drill is not yet scheduled to launch to another planet, and couldn’t do so for at least a decade. “There’s nothing on the books right now,” Jim Green, the director of planetary science at NASA, tells us, “but it’s almost a no-brainer that we will eventually have to develop something like this.”

The most likely location for the first off-Earth drill site is Mars. We know the poles of Mars have ice, but if anything’s surviving there, it’s most likely to be deep underground, away from the radiation that constantly bombards Mars’ surface. We know much less about Europa, but we do know that it’s covered in a thick ice crust that can be as deep as eleven miles in some places.

The real mystery of Europa lies below the surface in a massive saltwater ocean that contains more water than all of Earth’s water sources combined, a potential hotbed for microbial life.